UPDATE (Feb. 8, 2018): HB 1252 was recently passed unanimously by the House of Delegates. It will next cross over to the Senate, where it will be heard by the Senate Commerce and Labor Committee. Senator Chafin sits on that committee, please consider reaching out to his office to express your support for this bill. The information below is still a helpful reference if you need additional background.

While Senator Carrico is not on the Commerce and Labor Committee, his district would benefit directly from this legislation. His contact information is:

Virginia Delegate Terry Kilgore recently introduced HB 1252, legislation that makes it easier and more affordable for tax-exempt entities — which can’t make use of federal tax incentives — to install renewable energy like rooftop solar panels. This legislation would expand the existing Power Purchase Agreement (PPA) pilot program, making all tax-exempt entities across the Commonwealth eligible to leverage the 30% Federal Investment Tax credit. HB 1252 would make many of the priority solar projects identified by the Solar Workgroup easier to develop, able to access key financial incentives, and grow jobs and economic development in Southwest Virginia.  This bill would not have been introduced without the efforts of the Solar Workgroup, and it’s important that Del. Kilgore hear from Workgroup participants to thank him and encourage his continued support for the bill.  See below for more background, and this PPA Fact Sheet for additional information. 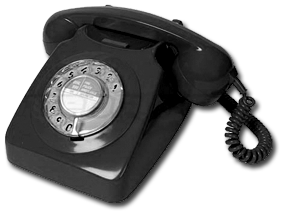 One of the Solar Workgroup’s goals is improving Virginia’s Solar Policy. This bill is the direct result of Workgroup members’ recommendations to meet with legislators to discuss solar policy and its positive economic impacts for Southwest Virginia.

In December of 2017, Workgroup members met with Delegate Kilgore, updating him on the progress and key goals of the Solar Workgroup and asking that he introduce the Power Purchase Agreement bill — part of the recommendations of the Solar Roadmap — in the General Assembly. This outreach approach was suggested by the Workgroup during meetings in the fall. HB 1252 was filed in early January 2018 by Delegate Kilgore, which would create much greater access to solar development for schools and non-profit organizations across Virginia. We are asking for your help with thanks and outreach to Delegate Kilgore in the coming week.